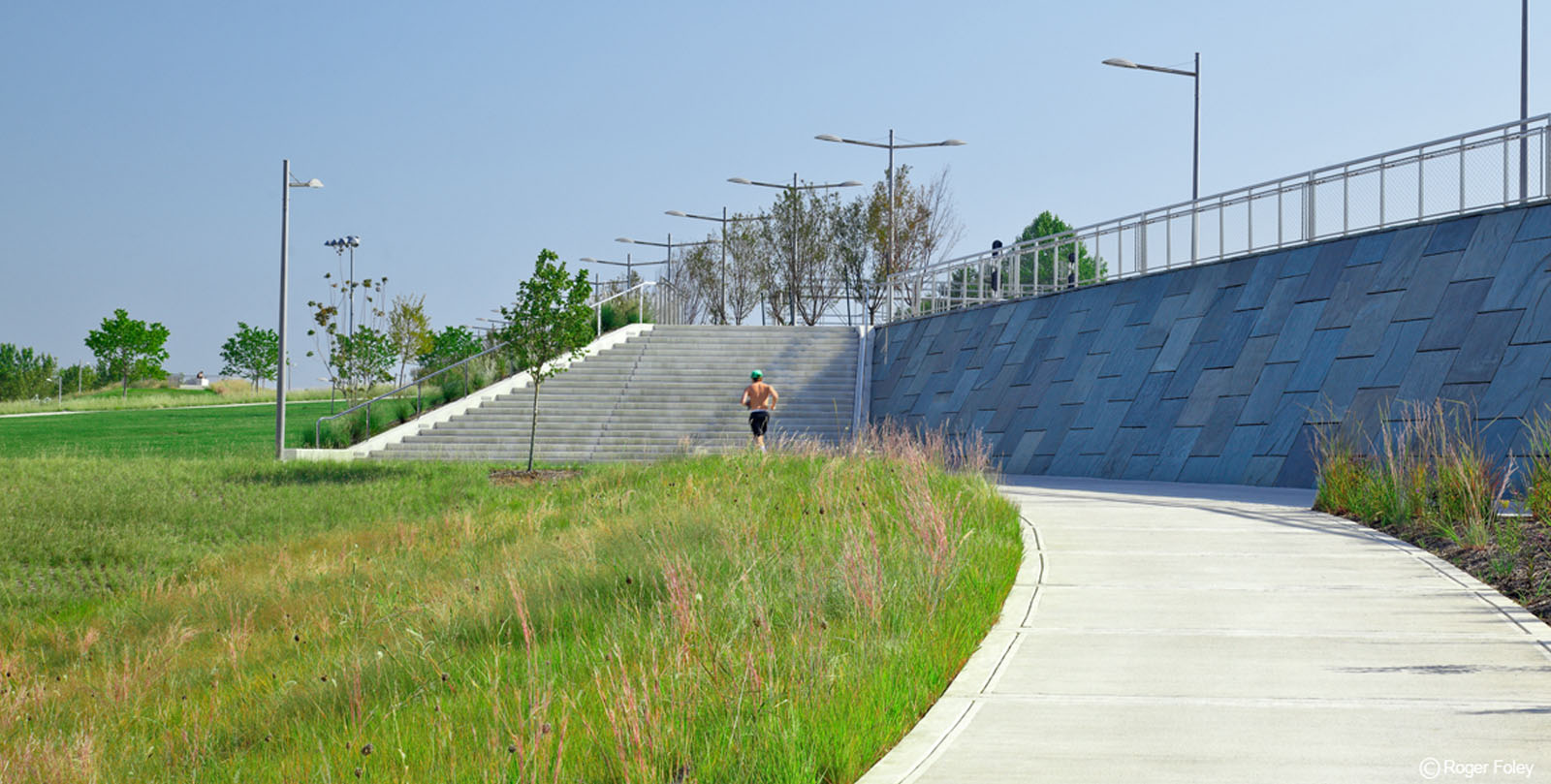 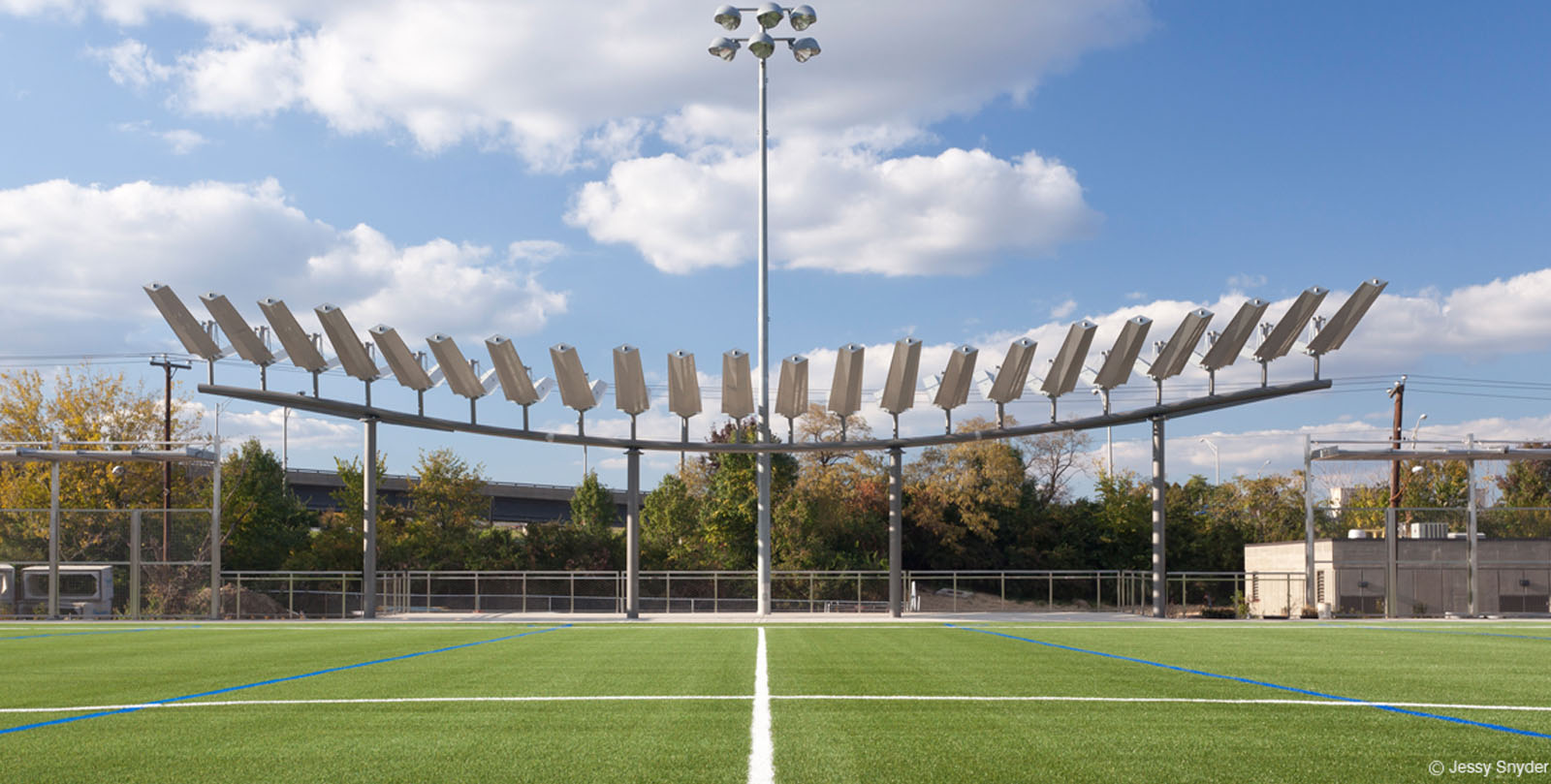 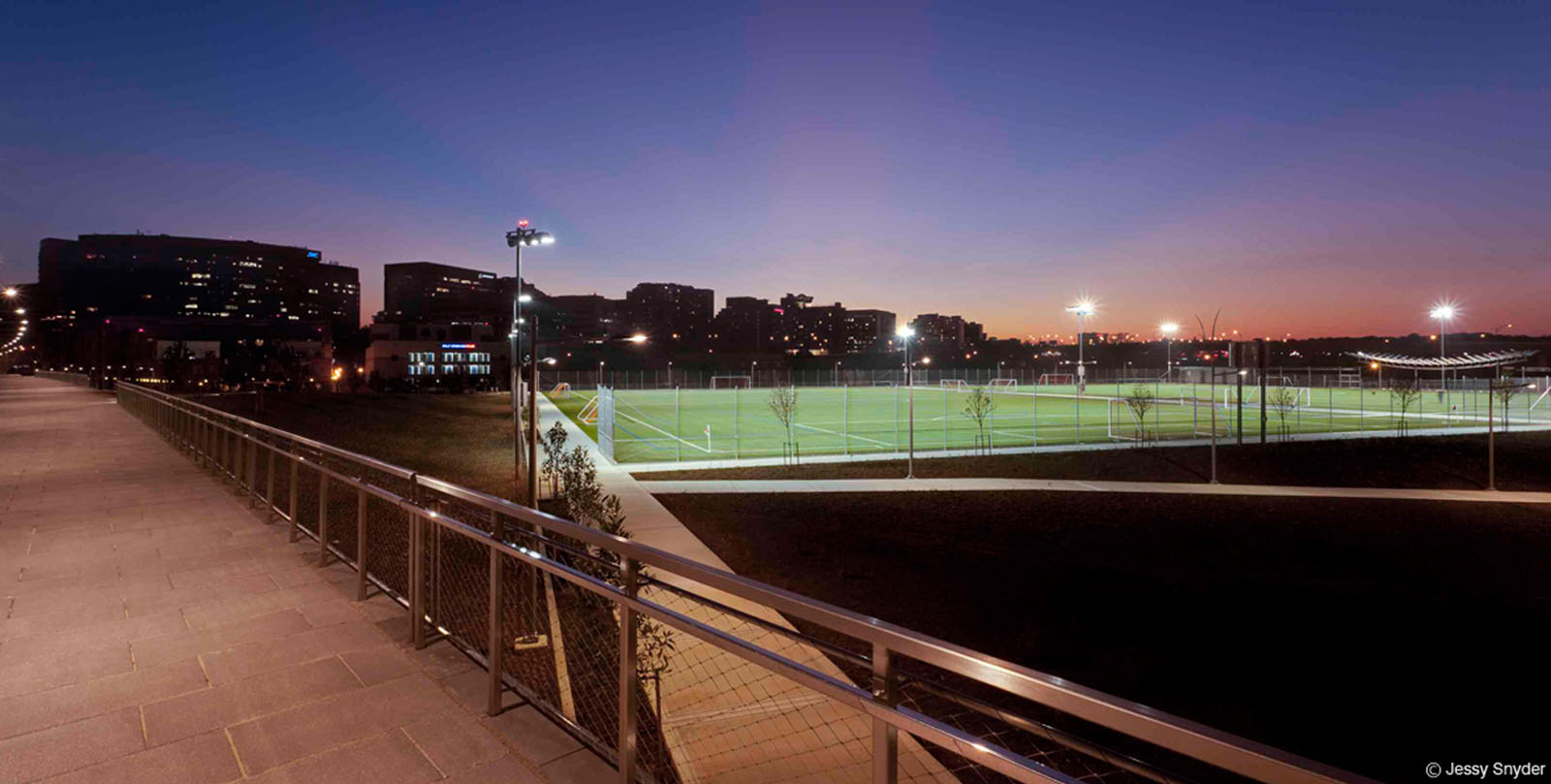 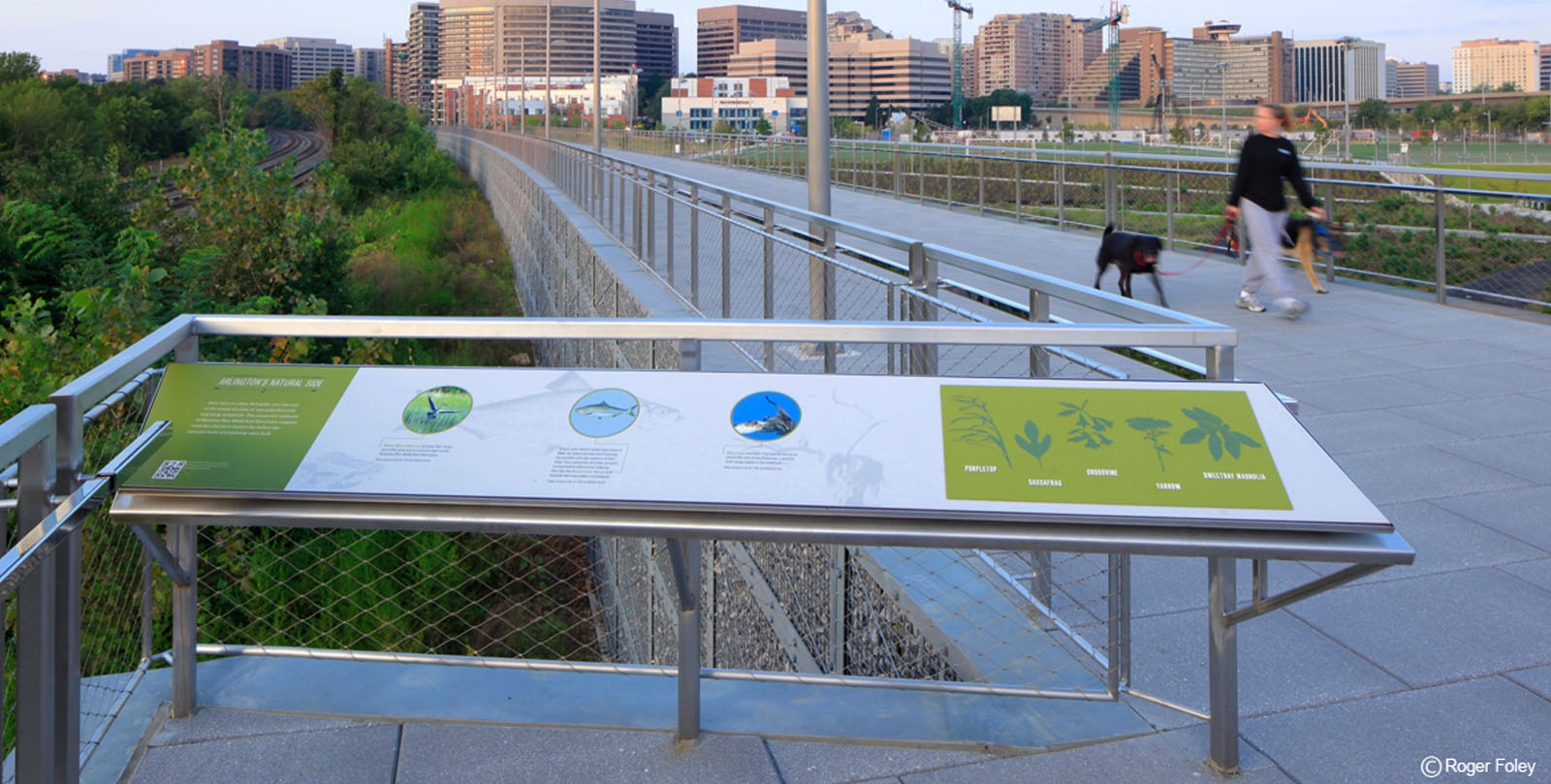 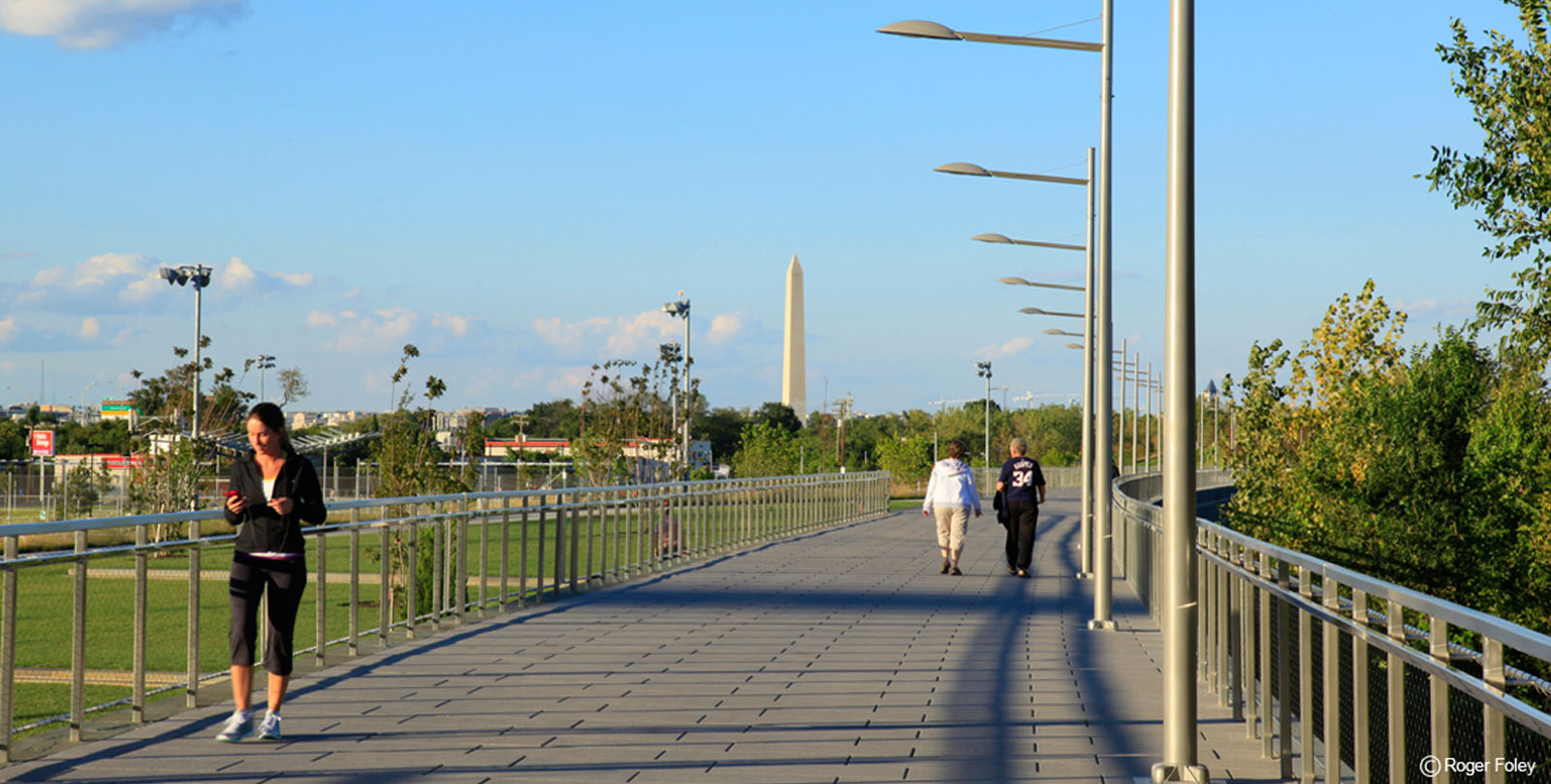 The plan included a multi-modal transportation study, a recreational facilities plan, recommendations for potential public/private development partnerships and an area land use plan.

The site is north of Crystal City and Washington Reagan National Airport, surrounded by I-395, CSX/VRE tracks, Roaches Run and the Potomac River. This complex assemblage posed a range of constraints, including aviation easements and FAA restrictions, environmental hot spots, historic resources, a high water table, and local concerns over density and traffic.

LSG was retained as landscape architect of record for the park’s first phase, and oversaw the completion of three synthetic infill turf fields and a raised walkway, the Esplanade, overlooking Roaches Run and the Potomac River, west of the Esplanade.

A three-quarter acre rain garden infiltrates runoff from the park’s 200-space parking lot and sports fields that support a planted garden of native shrubs and perennials. A series of small garden rooms provide a transition from the park to a new office development to the south.  The Old Jefferson Davis Highway, which abuts the park on the east, has been reconstructed as a “complete street” with bicycle lanes, new bus shelters and pedestrian amenities.