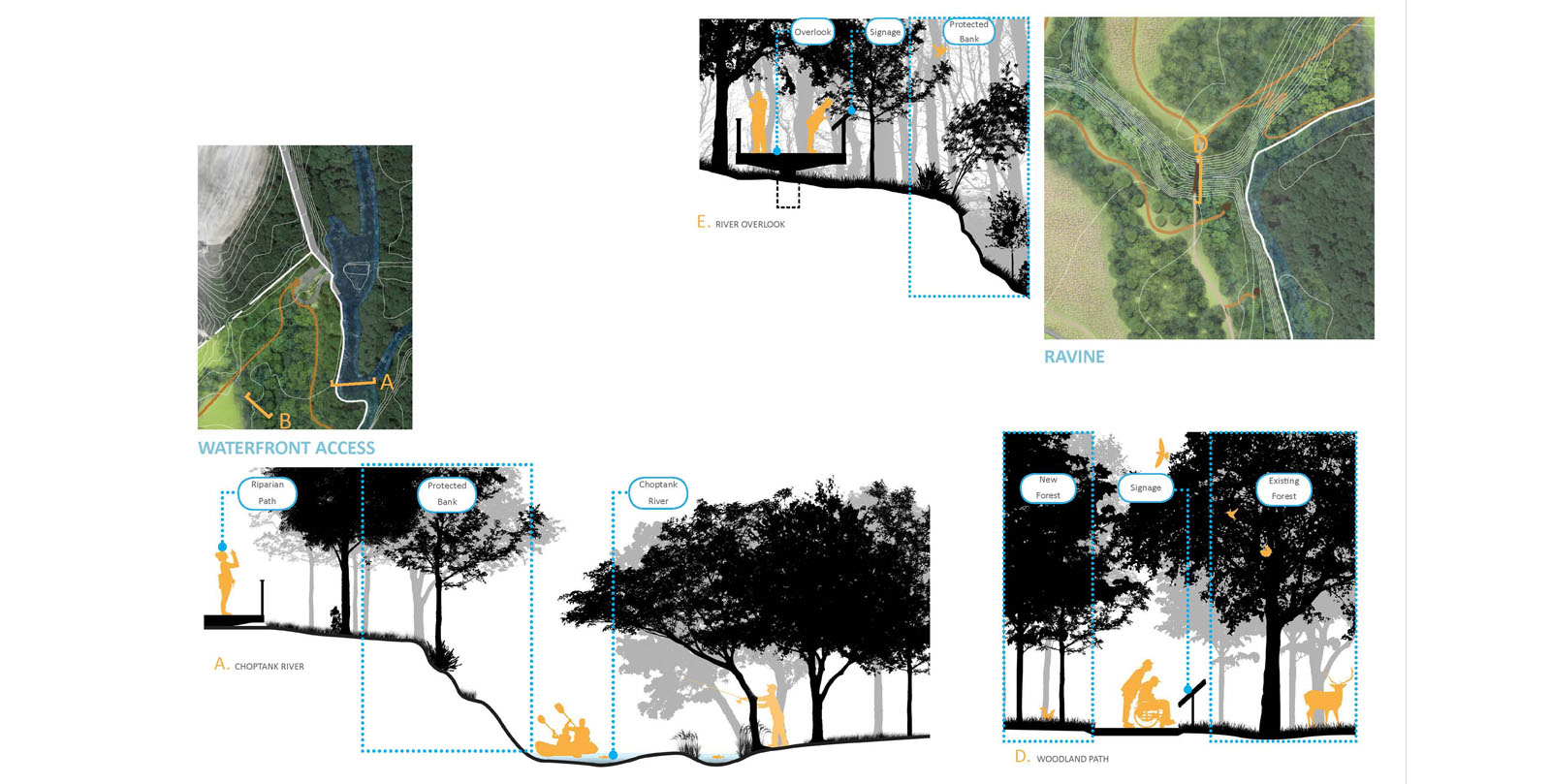 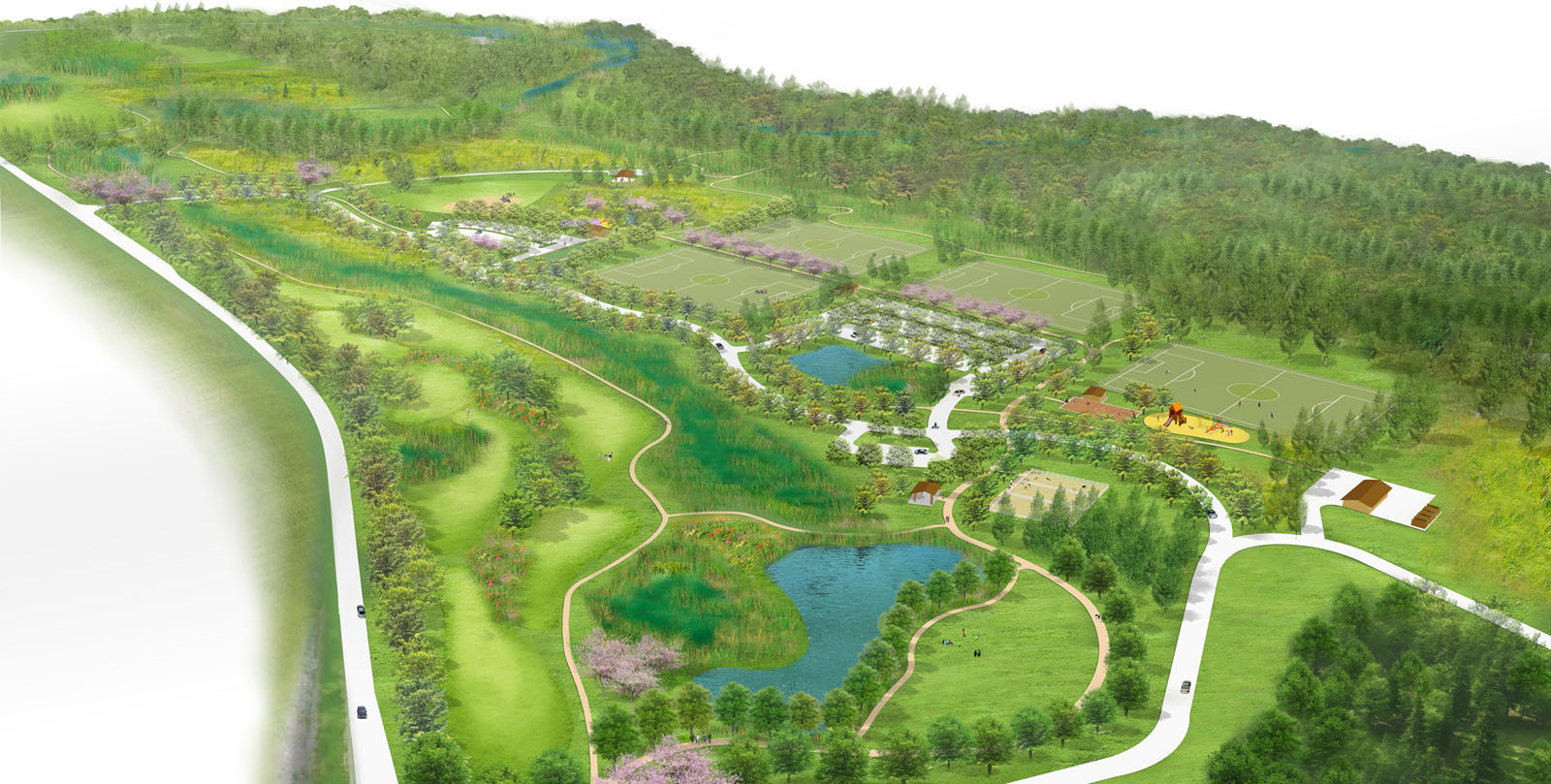 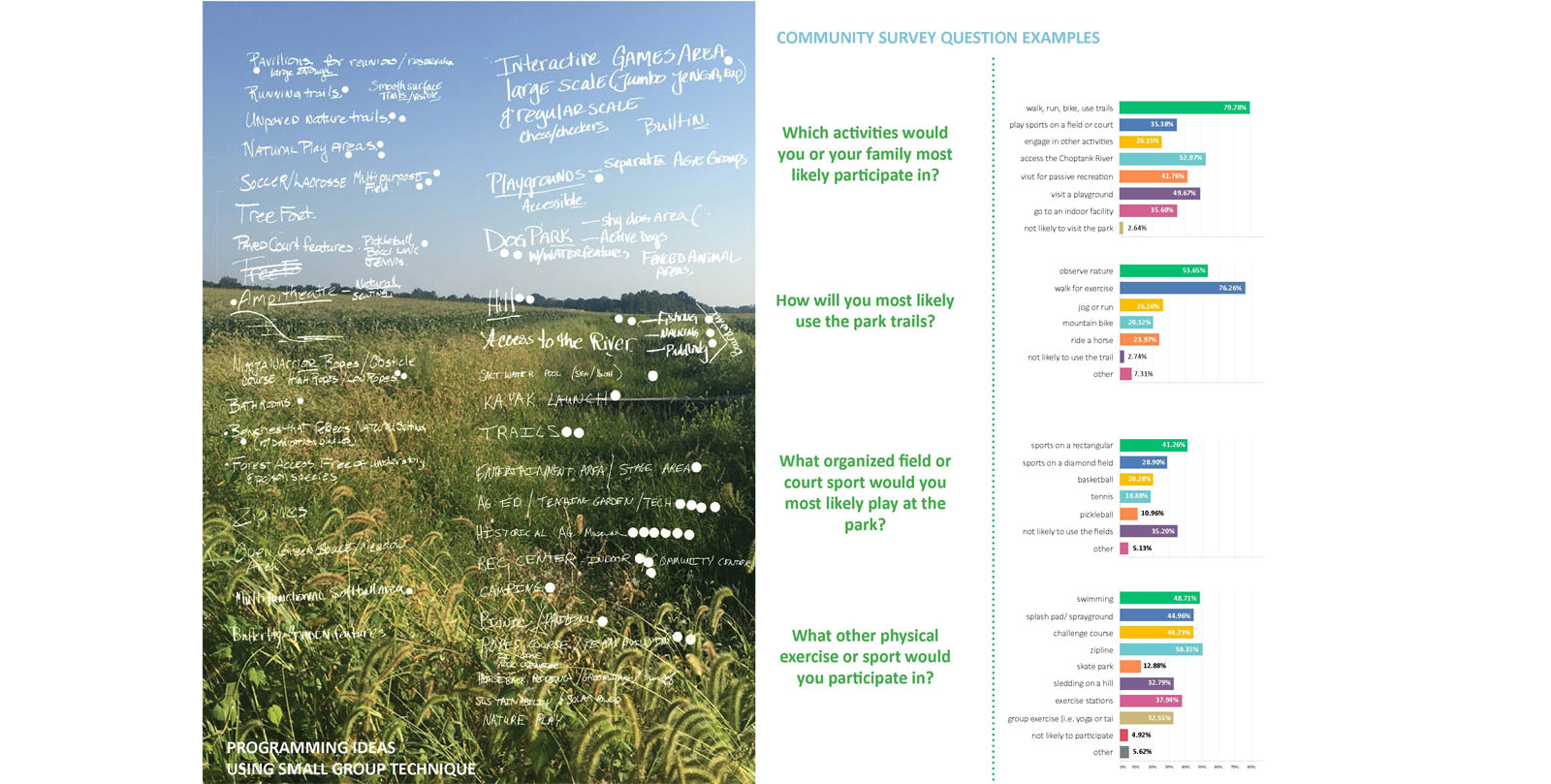 LSG prepared a master plan for the new North County Regional Park, on the Choptank River, near Greensboro, Maryland. With the assistance of RK&K and The Ottery Group, the team completed environmental and archaeological, traffic and other assessments of the existing site, now in croplands, forest, wetlands, meadows and successional forest.

The creation of the North County Regional Park site followed a history of public interest in securing access to the upper Choptank River and preserving environmentally important areas between it and Route 313. This effort extends back to Caroline County’s acceptance of the 20-acre Christian Park parcel in the 1970s. The 2016 purchase of the former Schiff farm property added an additional 207 acres. County residents have long known the site for its shad and perch fishing along the river, its propensity to yield prehistoric artifacts after plowing and its wooded tree line set back from Greensboro Road. The site’s proximity to the Choptank means much of the property lies within the Critical Area, protecting surface water quality and habitat within 1,000 feet of the tidal high water line. The final plan protects these resources while giving access to the site’s natural areas and planned developed recreational facilities. The final plan recommends developing approximately one third of the site for active recreational uses.

The team worked with the County and a broadly representative Master Plan Advisory Committee to gather baseline data on the site, identify possible recreation opportunities and needs and develop alternative schemes that utilize the site in different conceptual arrangements. LSG has helped lead monthly planning meetings beginning in the early fall of 2018. RK&K created a Site Optimization model for the park to include grading, ballfields, roads, parking, amenities, stormwater, modeling earthwork allowing them to create a cost estimate for these proposed improvements.